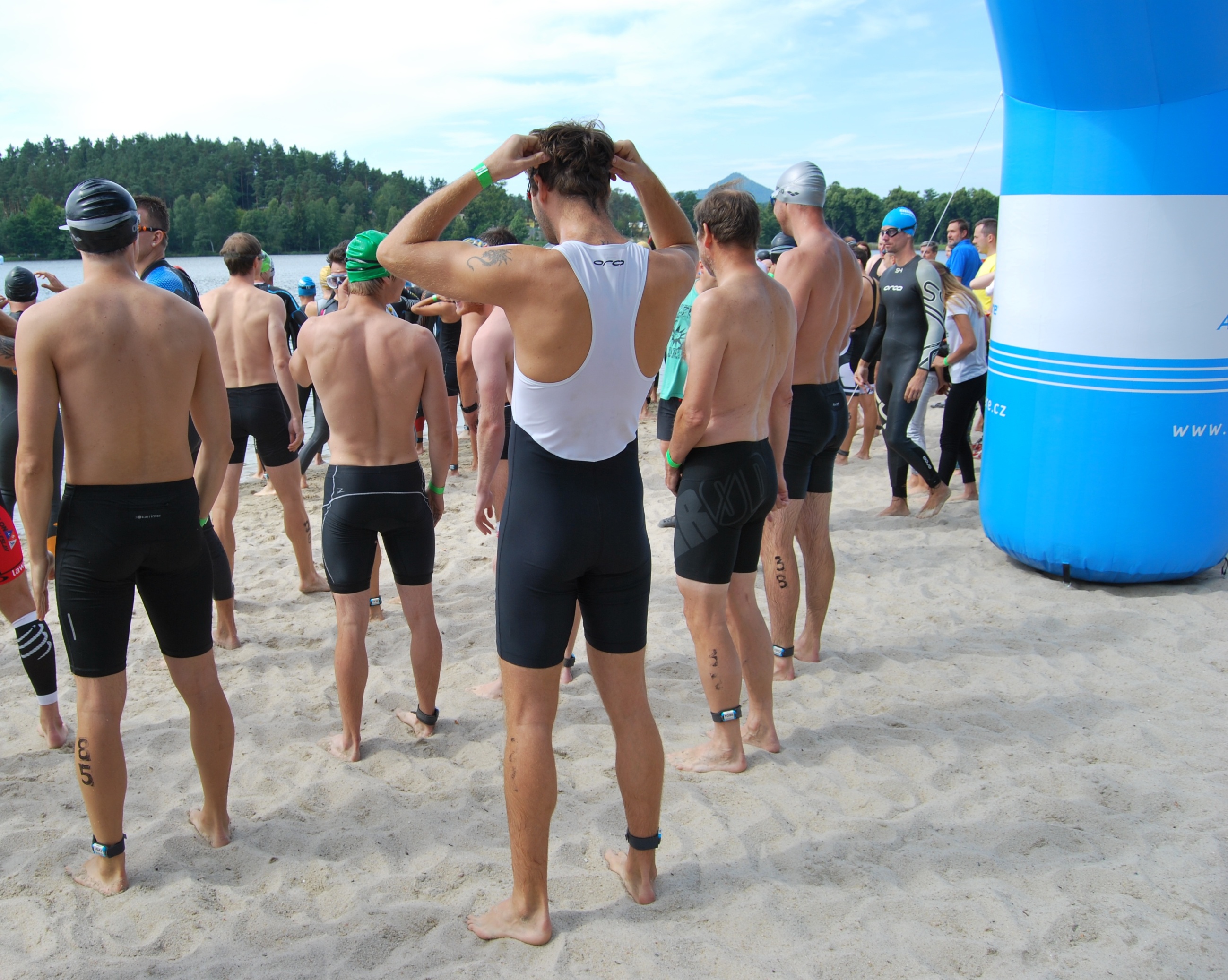 People sometimes tell me I am crazy. They ask me why am I doing it. They say I should not, otherwise something will happen to me. My answer is simple. Why? Why not. I love sport and this is my way of spending my life meaningfully. What could happen to me? What happens to me? It is life that is happening to me, nothing else. What happens to me if I am not doing it? Again a simple answer: nothing. I don’t want to waste my life and spend it with nothing. Doing something you love is not dangerous at all. What is dangerous is wasting your life with wrong thoughts and false fears. 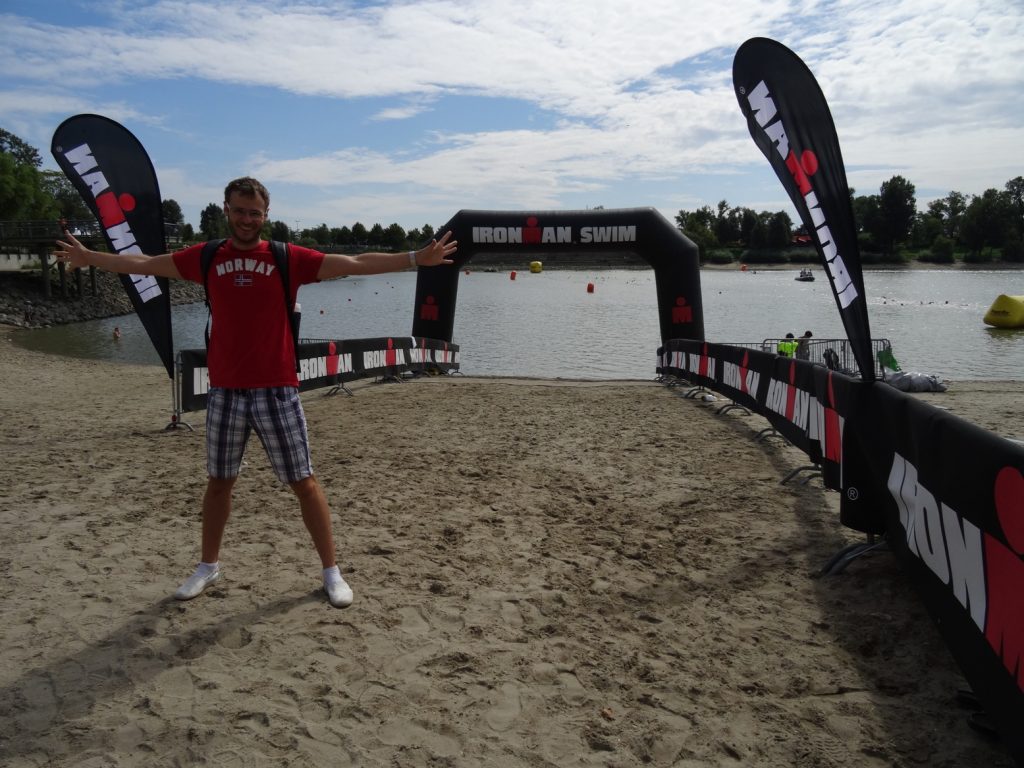 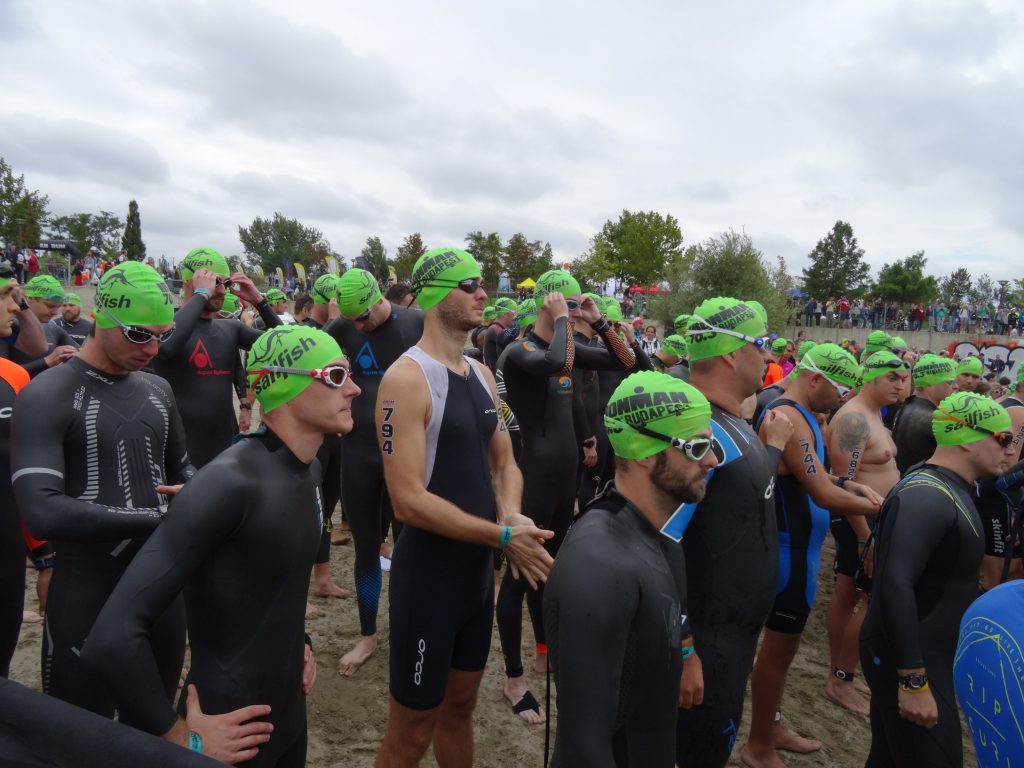 … and at the start

Couple of years ago I had a dream. I wanted to finish an Ironman triathlon. It was at the time when I was already running and had experiences with number of marathons, half marathons and other races. However, an Ironman, that’s a different piece of cake. It all started with a simple discussion. Couple of friends who used to run a lot, moved to triathlon, saying this is “the best sport”! Better than running only, combining 3 different sports, consisting from a complex training. Having a lot of fun.

An Ironman Triathlon is one of a series of long-distance triathlon races organized by the World Triathlon Corporation (WTC), consisting of a 2.4-mile (3.86 km) swim, a 112-mile (180.25 km) bicycle ride and a marathon 26.22-mile (42.20 km) run, raced in that order and without a break. It is widely considered one of the most difficult one-day sporting events in the world. Other races exist that are of the same distance as an Ironman triathlon but are not produced, owned, or licensed by the World Triathlon Corporation. Such races include The Challenge Family series’ Challenge Roth or the Norseman Triathlon. For its stunning atmosphere, the Challenge Roth is also known as the best long-distance triathlon race in the world. Would you want to complete a long distance triathlon race once per your life, it would for sure need to be Roth. This is what I thought in summer 2016, when signing up for the 2017 race. 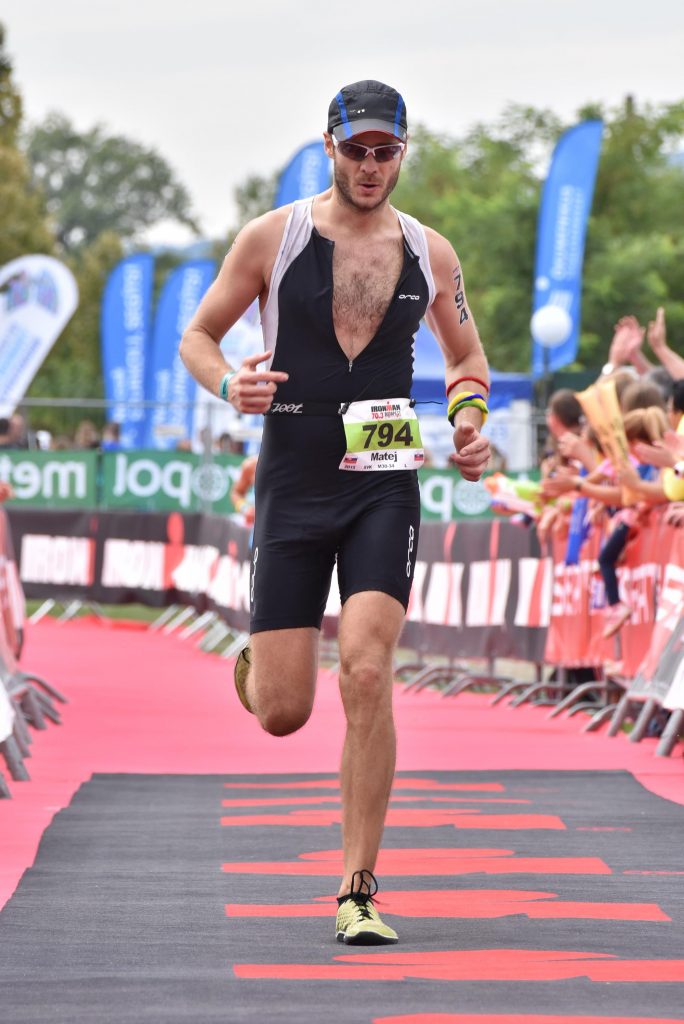 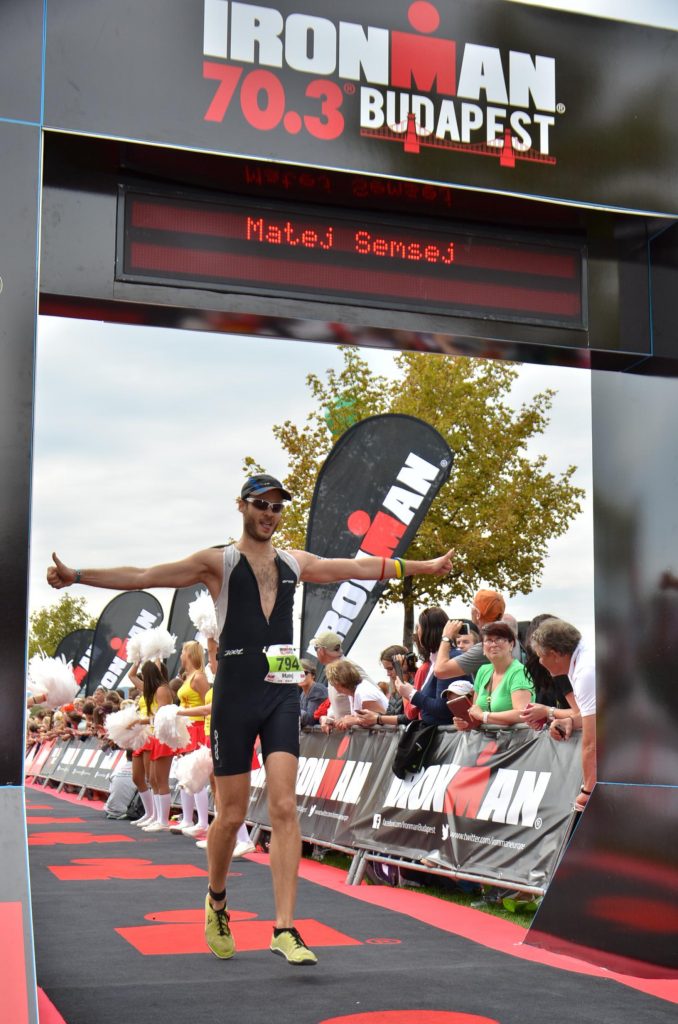 My journey to Roth

My journey to the long triathlon distance started in 2011 when I bought a bike again, after not sitting on it for several years. I bought a cheap one, just to see if I like riding it, after all those years. Well, guess the answer yourself: today I have four bikes, including this old cheap one. I started to bike a lot, especially in summer we always went for bike vacations, riding through the region, sleeping in tents, biking daily something between 100 and 200 kilometers; a great way how to disappear from today’s hectic life.

Later, in winter 2014 I hired a swim trainer. My swimming was not good at that time, I was able to swim 2 kilometers in 48 minutes, in the best case. After training two winters with the trainer (I always hired her for 5-6 months during the winter- and spring time) and after improving alone since then, I can swim today 2 kilometers below 33 minutes. In the triathlon field this is still average, however I am very happy about the progress.

Finally, for summer 2015 I registered for a Half Ironman distance, this was supposed to be my entry to the long distance triathlon world. I’ve chosen a relatively easy race, the Ironman 70.3 in Budapest. After 6 months of training, tens of sessions starting even at 06 AM (imagine, for this you have to wake up at 05! Voluntarily!!!), I completed the race which is exactly a half distance of the long triathlon, in 5 hours, 24 minutes and 10 seconds. This first experience showed, that it should be feasible to finish a full distance too. 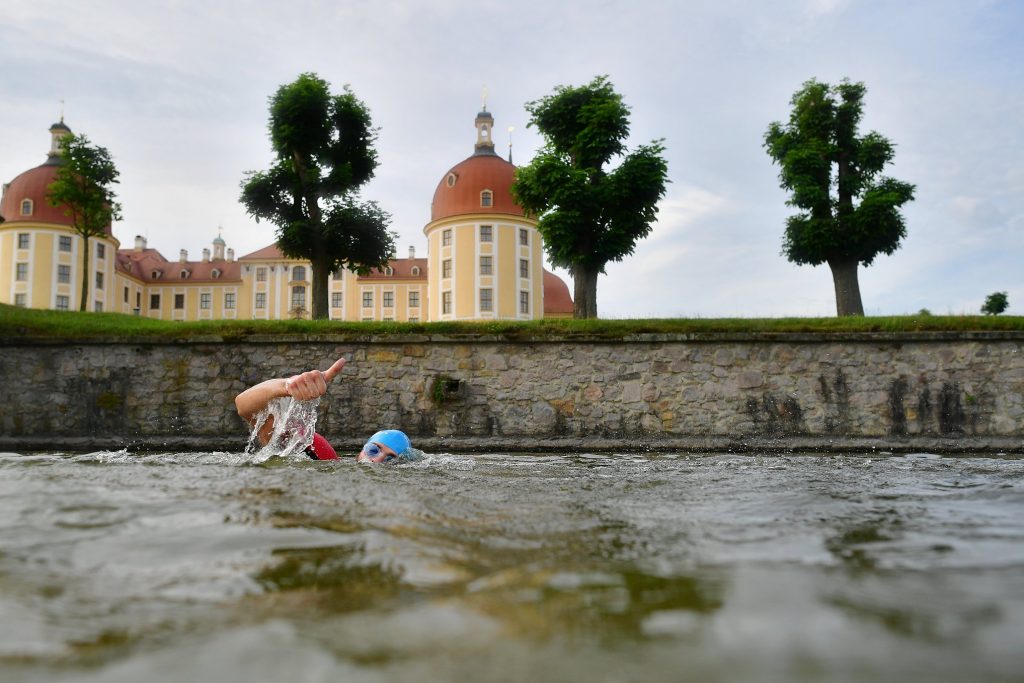 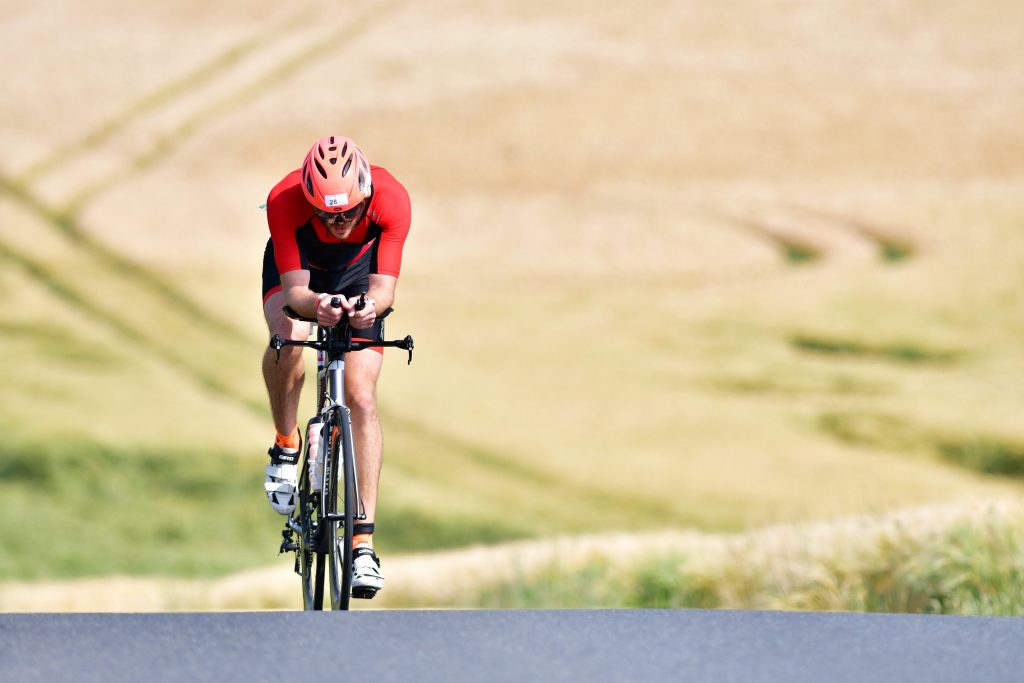 After completing 3 Half Ironmans (the race isn’t always an official Ironman race but somehow, traditionally, the name Ironman is being used also for other races of the same distance), I am standing at the start of the Challenge Roth 2017, the greatest race in the world (even better than the World Championship in Hawaii). It is the 09 July and I trained hard all the previous months. Since December 2016 my head was programmed only for Roth: I collected 123 km in water, 1485 km on the bike and 976 km with running. Training was good, now I will enjoy this race! As already said, the Challenge Roth is a must do race for every triathlon freak. Especially the fans on the bike- and running course are amazing. One of the highlights of the race comes when you climb up the Solar hill in the city Hilpolstein – you will feel like a Tour de France professional. Fans everywhere, the best atmosphere all around. 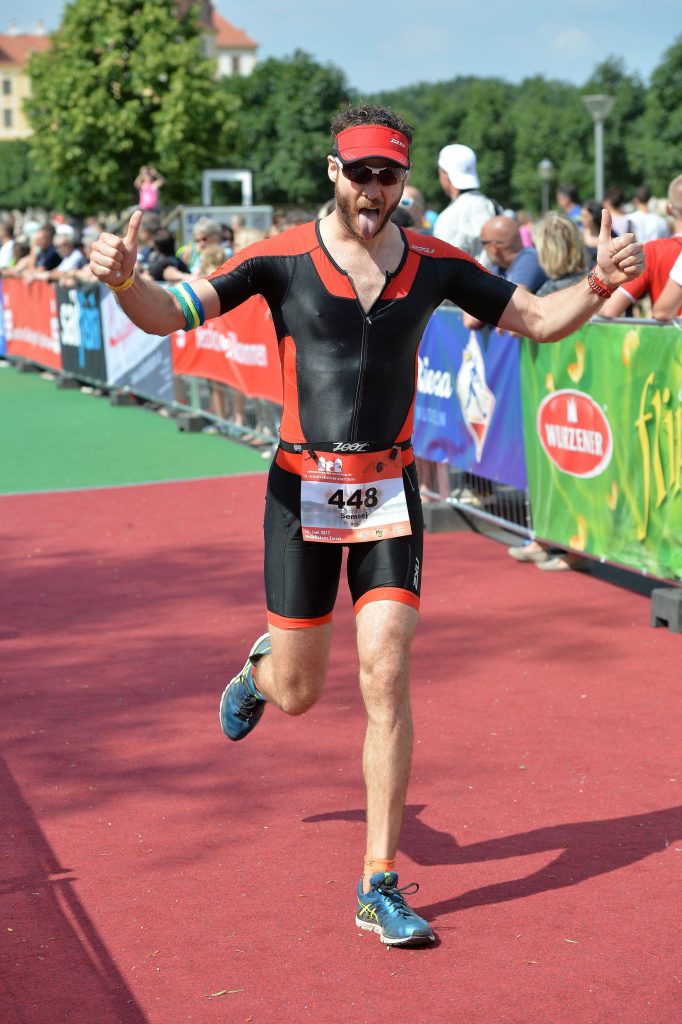 The best feeling… (Moritzburg Half 2016) 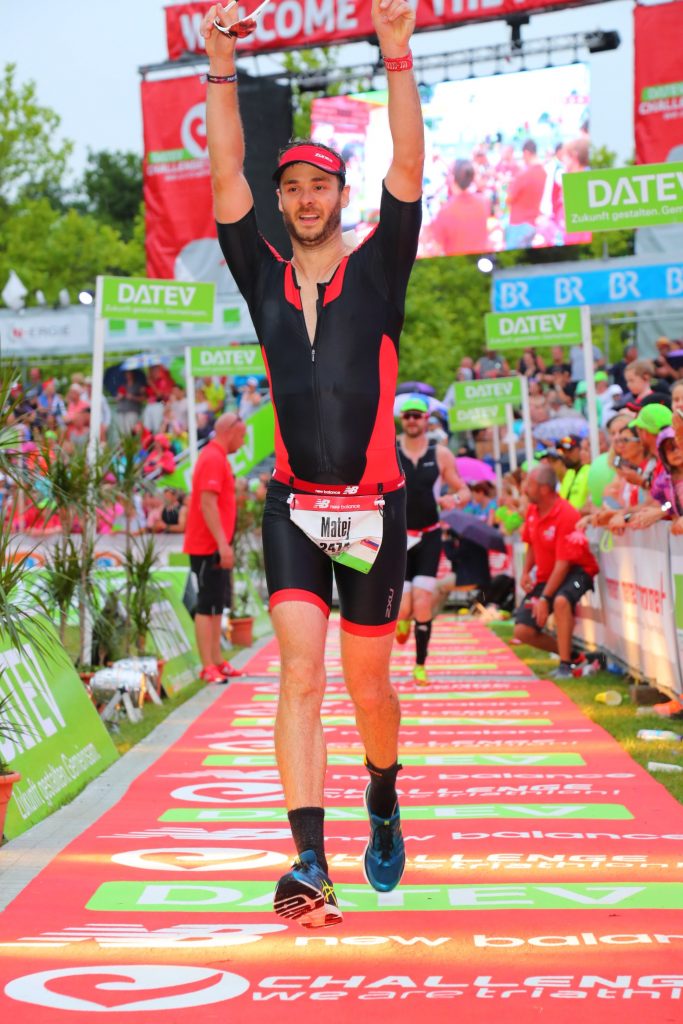 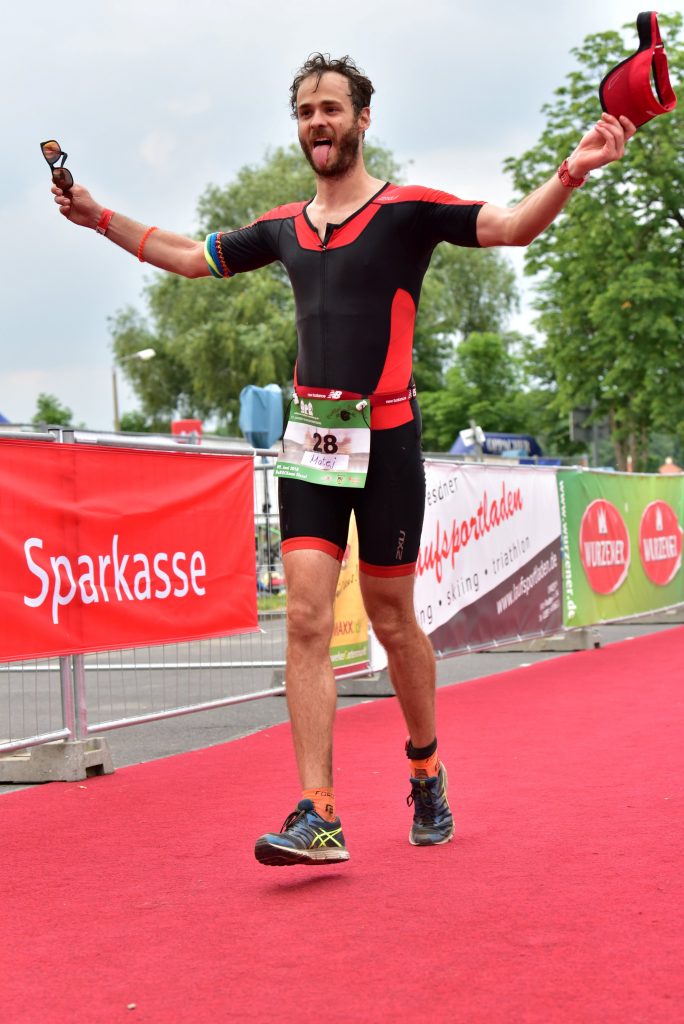 … at the finish line (Moritzburg Barockman 2017)

Typically, at the triathlon races the real fight starts with running and it’s the same when you do a long triathlon. Just, you have 42 kilometers for all the thoughts in your mind. The atmosphere at Roth again helps, especially, when you run next to Chrissie Wellington, the woman with the long distance world record (in 2017 she was on the start with a relay team). My target was to complete this amazing race below 12 hours and with the time 11 hours, 33 minutes and 19 seconds I couldn’t be anything else than happy. 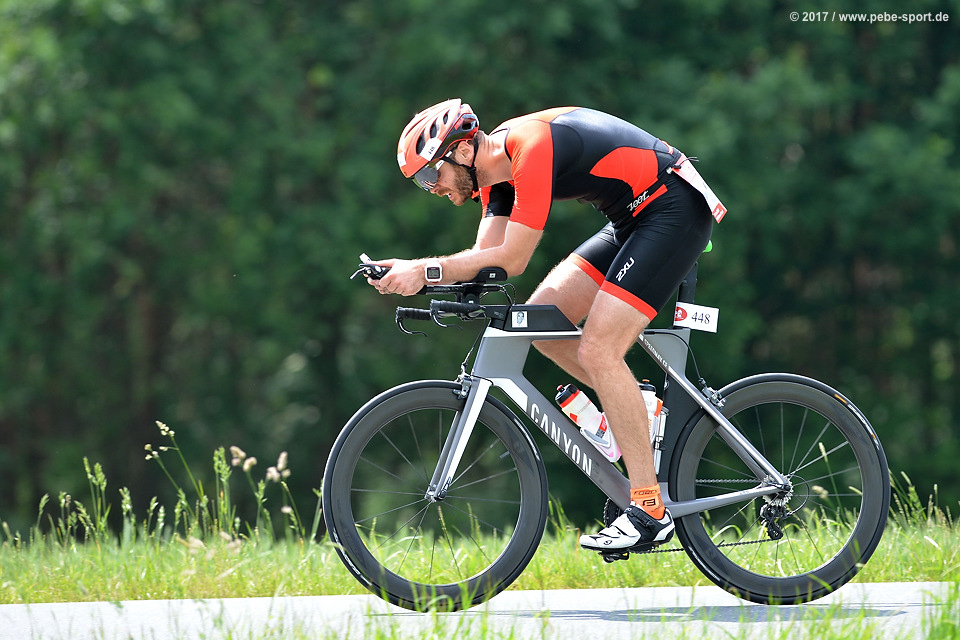 The human body is a mighty tool. Nowadays, by far we don’t use its full capacity. We are not aware of what it can do. I do want to explore the potential of my body and the limits too. Only with beating the limits you can move forward… In 2018 I decided to do something really crazy: to compete in a Half Ironman distance at one weekend and finish a full Ironman distance the very next weekend. Did I manage? Did I survive? Of course I did! I did believe in it, that was the main trick. If you believe in things, it makes it all possible. The half distance I finished in 5 hours and 22 minutes and scored on the rank 219 out of 564. The full distance was a local event where I scored with the time 11 hours and 6 minutes on the rank 11 out of 50. And what’s next? For example, I look very much forward for the 2019 Challenge Wanaka triathlon in New Zealand.

People often ask me, why… My answer keeps being: WHY NOT?