Hitchhiking from Prague to Germany

The Isle of Skye, the most beautiful hills of the world (Scotland part 2) 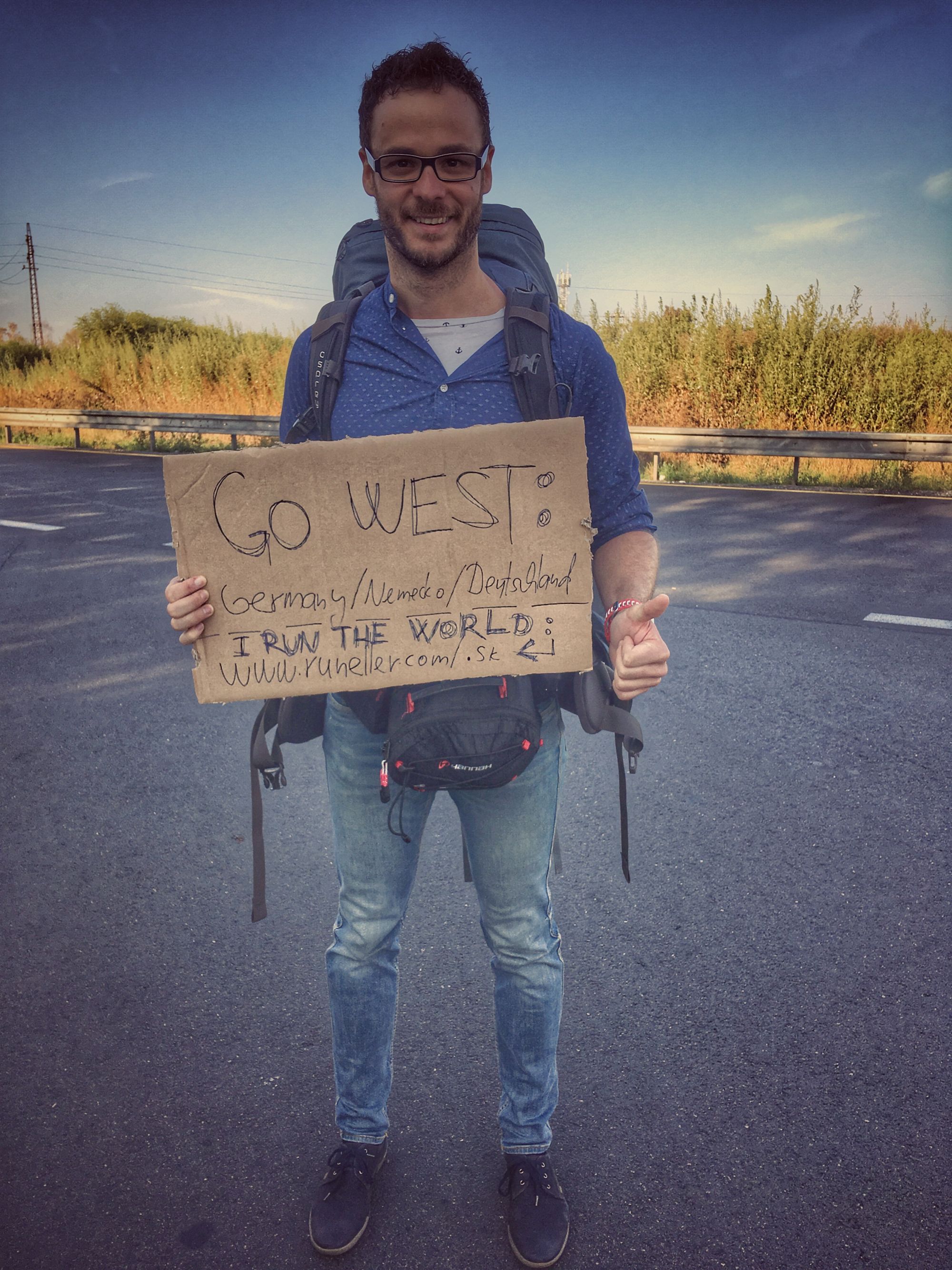 Hitchhikers first became familiar figures on the American scene in the middle 1920’s and hitchhiking later also spread into Europe. Hitchhiking is legal in most of the countries in the world and somewhere even encouraged, only very few countries consider it illegal. Starting with my #project12months, I have decided to hitchhike out of Prague, in life, everything should be tried out. People at home kept asking if I am not too old for hitchhiking. You are never too old to start living and start trying things you have never tried out before. They said, that the world is such a dangerous place and asked, if I am not scared of something happening to me. I am more scared of not trying out something new, something I could have tried, and I didn’t. To live a life in stereotype and without adventure, that is dangerous.

Monday, 10 September 2018. The last week I spent with dog-sitting, running, meeting friends and finalizing last preparations for my trip. Today it will all begin. Finally. Had a last run in the morning through the forest nearby, the dog Elza I was taking care of the whole week, did collect 30 kilometres with me! After having a quick breakfast my friend is brining me to the first petrol station in the direction to Pilsen and Germany, today I will hitchhike for the very first time in my life. Myself, I never took hitchhikers, I made an exception only once and it was… inspirational and great. With a new friendship at the end. That day, I promised myself to try it out. I took out the table saying “Go West” I prepared, I set my smile to the maximum and at 08:30 AM started with the finger up. I would love to stop a truck, I want to see what sort of people these drivers are. 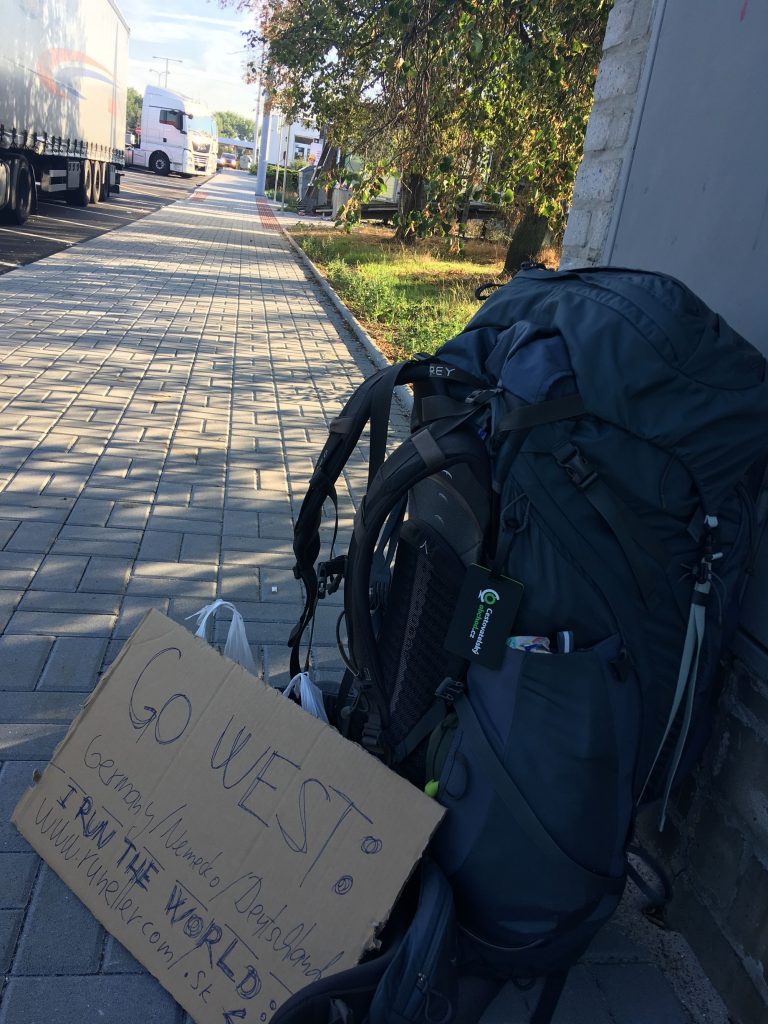 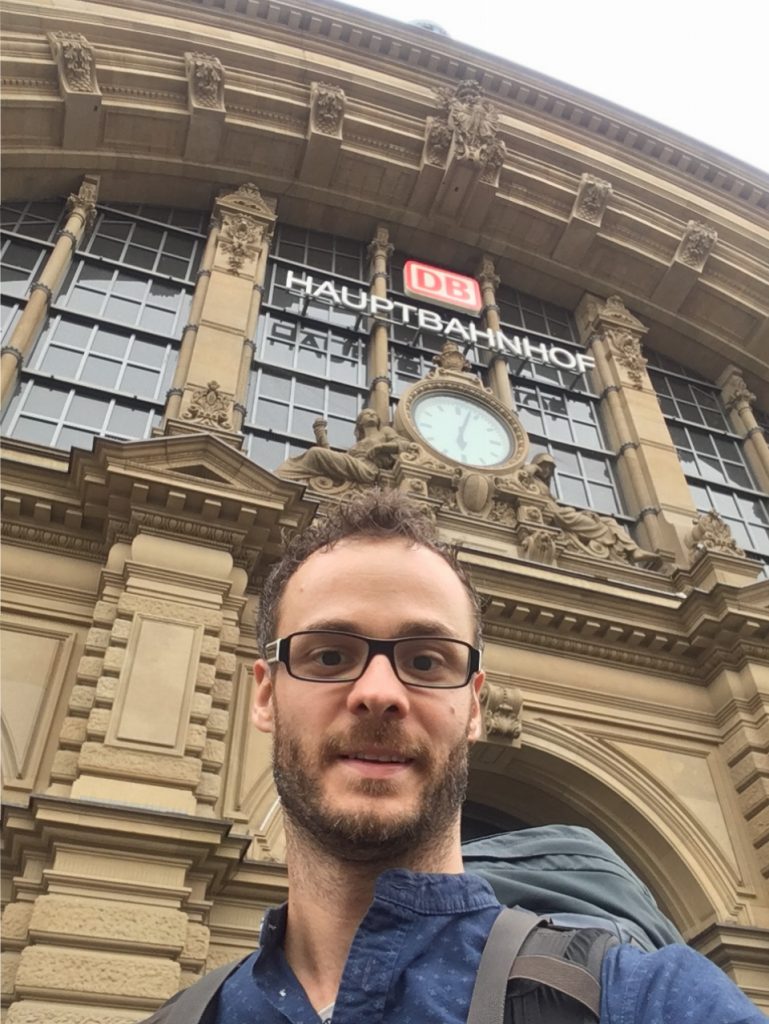 The first half an hour is not successful, but I may not be the reason – the local prostitute is also without much luck. She is walking around the trucks, disappointed with the customer potential on that morning. I move to another and more frequent spot – I got noticed by the policemen (they don’t bother) and finally, the first truck stops. Only to tell me that he is finishing his drive in 2 kilometres. Russian driver. Well, at least he stopped… Hopefully he didn’t stop to tell me that he cannot take me…? Hmm…

Few minutes later a driver in Mercedes stops, super! Unfortunately, he drives only to Pilsen. Never mind, it gives me a bit more courage and energy. My smile is even wider now. Twenty minutes later another car stops, damn, the two guys are driving again only to Pilsen. I am thinking and concluding, that the next Pilsen car I will take, to not offense my lucky star. At the end of the day, Pilsen is also closer to Germany than Prague. For long minutes there is nothing going on and I start to observe the people in the cars. There are some, who smile on you or have a good fun looking at you. There are some, who don’t care at all, they just want to get out of the station. Then you see some, who would maybe take you, but they would show you with their gestures that they are from not so far away and came only to refill the petrol. It is astonishing, how many of the drivers are leaving the petrol station with the cell phone in their hand. Even more astonishing, how many are eating while driving out. We don’t have time to eat at the station, we do calls, we eat, we SMS while driving… we crash. We kill, ourselves and others too. Unfortunately…

After one hour of waiting another truck stops by, I am happy… but… He only wants to piss nearby. After 100 minutes of waiting I am slowly getting ready for the next step, which would be asking around proactively at the station (psychologically, not many people are able to say no), when a Skoda Octavia stops. The driver’s name is Petr and he drives to Germany, close to Stuttgart! Bingo, lucky me, there are still good people in this world! Petr is a very experienced one, he takes hitchhikers quite often, lately he took one Russian girl who was hitchhiking half of the world. He has also a lot of experience with the “story tellers”, hitchhikers inventing different stories for the purpose of asking for money. He for ex. took once a man, who said he was on a trip to Poland, when he realized on the Polish petrol station, that his wallet stayed at home. When returning to car, the window was broken. He started to hitchhike and beg for money. Another guy had also bad luck, in flames he found his track. People are creative… Petr’s son studies history, after switching from a technical school, he likes history more. Most likely he likes the student’s life. Petr is asking why I studied history and whether I plan to earn money with it or not, at some point. I am honest, explaining, that only a real lover of history can earn money with history, even then he would need to have a second job. Not sure this is what he wanted to hear. Petr has also a daughter, who decided to hitchhike with her boyfriend to Spain, to earn money for their trip to New Zealand. They ended up in Edinburgh, where they work in a restaurant. At least until the Brexit comes. Petr is great, he doesn’t use smartphone or navigation, he’s got only a very old display cell phone with him and a car map. Back at home in Moravia, he also has two dogs (the Jack Russell one is permanently horny, last time he jumped on a golden retriever female) and a wife, who is spending a way too much time on Facebook. Petr gives me a ride up to the city Weinsberg, from here I am taking a local train to the bigger city Heilbronn and from here‚ I am taking a bus to Frankfurt. Unbelievable, before 6 PM I am reaching my destination!

My hitchhiking career is nearing its end. I tried it out for the first time in my life and it was a very interesting experience. This is what I am taking out of it: