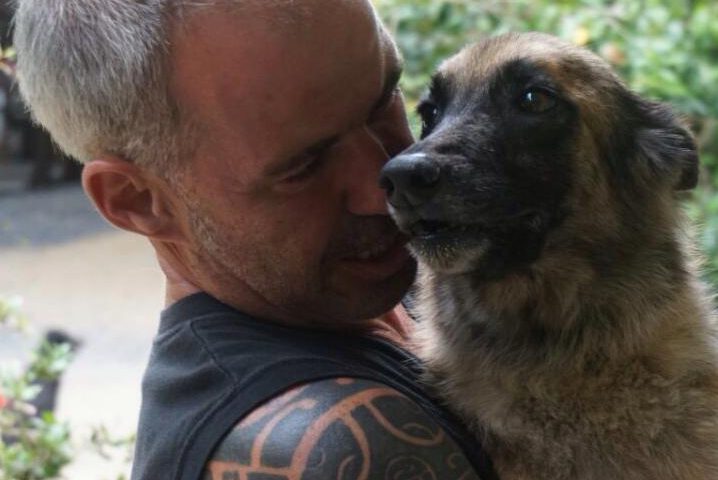 I was enjoying the island Koh Samui since few days already and couldn’t decide, what will be my running charity project in Thailand, when Miška came with the idea – her friend Stefan Koening is running a rescue dog station up in the jungle. Suddenly, I had the opportunity to listen to an inspirational story, which many in Europe would consider as crazy. A story about a man, who gave up everything and decided to do something for this world. The only thing he wanted to achieve was to help.

Back at home in Switzerland, Stefan worked for many years as project manager for IBM. He has a son who is 24 and whom he tried to raise all the years in a humble way and in the understanding, that not all what we buy we really need, thus we need only very little in our life. After 15 years of IBM he decided to make a break from the corporate environment. He decided to travel and exchange the life of meetings, conference calls and money for something more meaningful. He was decided to move something, to change something. After a short experience on Cyprus the destiny brought him to Koh Samui, where he got to work with dogs. He himself doesn’t think it was the destiny though, he says he just jumped on a train. When leaving Switzerland, he had no idea that he wants to work with dogs. First, he started to work in a different shelter on the island, his goal was to use his corporate project management experience and introduce a structure, processes, more efficiency etc. Later, he didn’t agree with the direction the shelter was heading so he decided to leave. It was at the time when he already knew his ex-girlfriend and vet in one person. They started to clean beaches and later also to take care about the dogs, who were living on them. Quickly, it was a lot of work and they had to decide: the beaches or the dogs. Since cleaning beaches in the tropical heat is very challenging, the choice was clear. Stefan and Elena both together built the rescue station as a “green field”, in the wild jungle. Stefan was the project manager, Elena the best veterinary on the island. Today, they have a beautiful daughter together.

Stefan himself doesn’t consider the rescue station as a shelter, he wants to be more. He wants to help dogs who are not capable to return to the outside world. Many of his 130 dogs came as puppies and today they would not leave the main gate even if all the doors would be open. During his Swiss life Stefan had his own dog, who died later. He arrived in Koh Samui, initially for one year, today it has been four. Stefan himself loves dogs, on the other side he would not die for one. He doesn’t understand people who are taking it too seriously. He is fascinated the most by the interaction and bond a human and a dog can have: you give them something and they give you so much back.

Stefan has no special life philosophy, which would have had changed his life. As he simply says, he started something, he gave a promise and a promise must be kept. Now his station is facing serious issues I described here. Himself, he sees things turning into positive once again.

„I will not leave! They are my babies. I cannot. What should I do? Open the gates and kick them out? They will never leave, if you return tomorrow, they will be still here. I gave a promise.“ 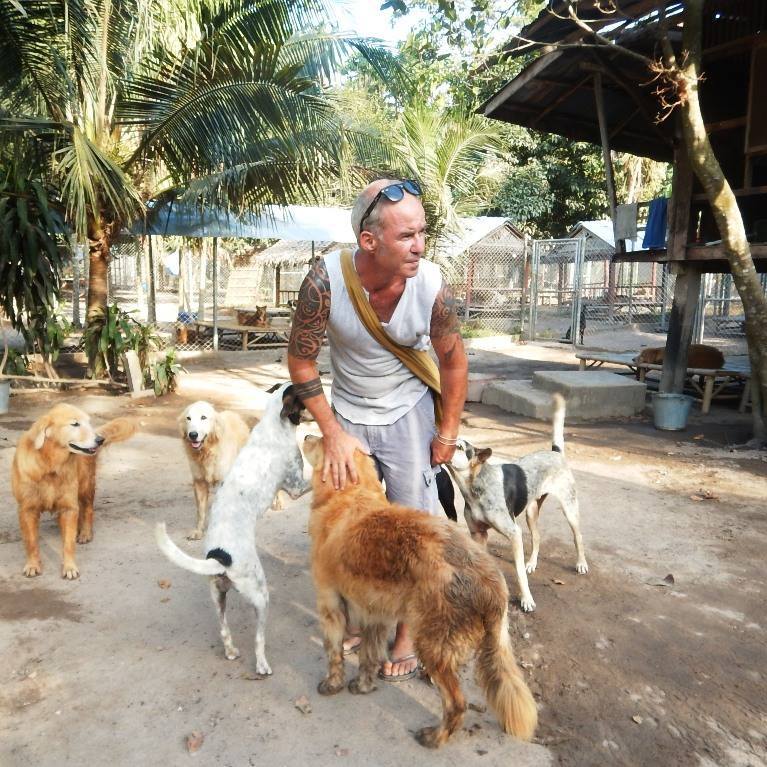