The marathon is a long-distance race, completed by running, walking or a run/walk strategy. The marathon has an official distance of 42.195 kilometres (26.219 miles, or 26 miles 385 yards), usually run as a road race. The event was instituted in commemoration of the fabled run of the Greek soldier Pheidippides, a messenger from the Battle of Marathon to Athens, who reported the victory. After arriving to Athens, he collapsed and died… This is what you will find out on Wikipedia.

Should you decide to give it a try, you won’t feel any better. Here is what I remember about my very first marathon. It all looks so long time ago. A lot of time passed and myself, I ran many more kilometers since then, thousands of them. Nevertheless… the first one, this is something you never forget.

It all starts on a Friday evening three weeks before the start (at that time you could easily enroll few weeks before and there were slots available). Spontaneous and crazy idea. You call your friend who has skipped the training again for one week and your order is clear: “We are running a marathon!” Without any fear – you did collect few kilometers during the last winter – although, at this point you have absolutely no idea what it is like completing a marathon. It is for sure much different from your usual “ten”. Well, you have to believe in yourself, right.

The Prague marathon course is a stunning experience. Most of the time you are running through the historical center and the only bothering part are the floor tiles, which will not ruin your day, as, on the other side, there are not that many of them. Not when your benchmark distance is 42 kilometers. The marathon starts at nine in the morning and the weather is usually chill but very nice for running in the beginning, though it can become hot in one year and ugly in the other year. Additionally, runners can participate in many other competitions within the marathon race, such as Police European Championship, team competition (four team members run a full marathon each), relay (every of the four member runs 10 kilometers and the last one runs 12 kilometers), charity run etc.

Backstage, that time still at the Old Time Square 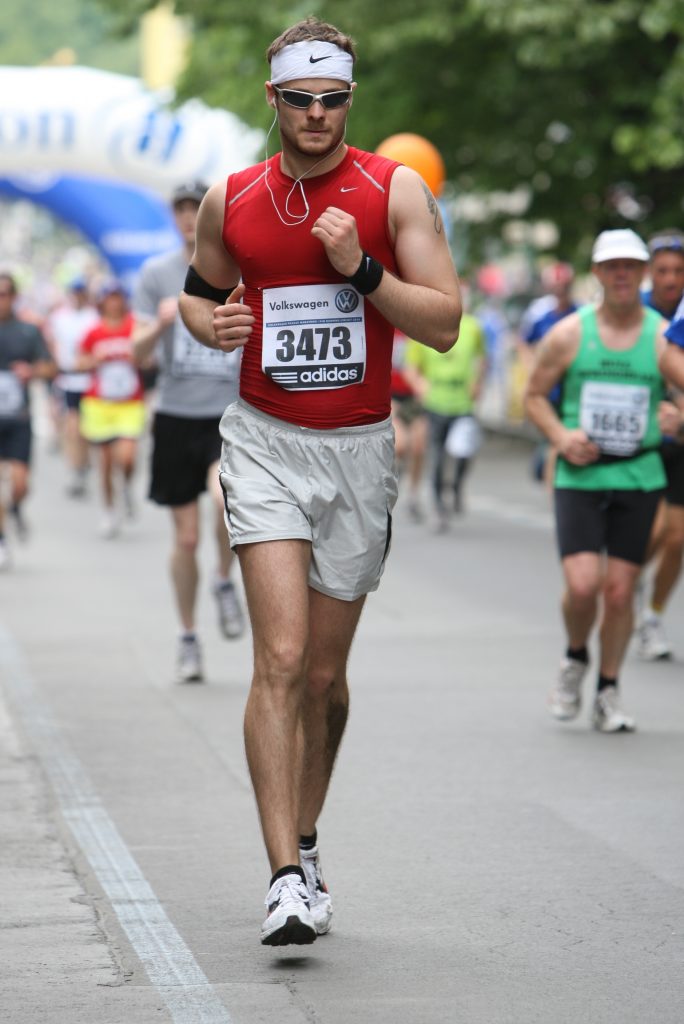 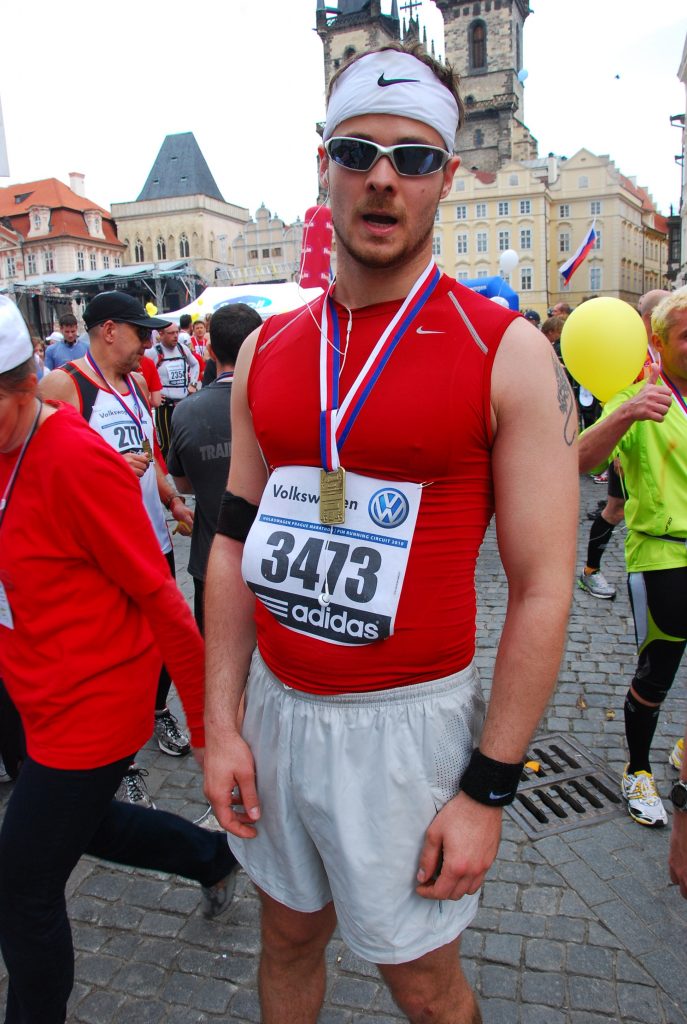 Start! An accident on the fourth kilometer means, that the next 38 I will run with a bloody left leg. Never mind, I keep running… Until the 25 kilometer, I am feeling quite comfortable, although, I can see the crisis knocking on my door already after the half of the race. Actually, there is a saying that within one 42 km marathon race you run the marathon twice: the first one takes until the 30 kilometer, the second one takes the last 12 kilometers. Who has ever experienced a marathon knows what this saying is about. At some point, you will give up one of your goals, which is running a marathon in full, without any break. In reality, your performance is strongly declining after the 25 kilometer and you are happy that you are allowed to exchange the phases of running with the phases of walking. “Let me just walk till that bus stop there … this last hill… only few more steps…”, these are your usual thoughts at that stage. At the 30 kilometer, the pacemaker running under four hours runs away and you have to give up also your second goal, running under four hours. The goal about completing the race still stays but the race is not making it any easier for you; the last kilometers you suffer a lot. Different physiologic types are overrunning you now, also the types you would never expect to overrun you. However, the worst is your vicious mind: since the 30 kilometer you cannot think about anything else than a nice swim in a pool, cold water, the perfect beer you will drink after the race… and all the other cold refreshments you can think about. Even though you are re-filling all the carbohydrates and liquids at every refreshment station, it takes only two hundred meters and you are again dry like the sandiest desert. The end is not nearing, exactly the opposite. It has been ages since you started to run and you are only few meters closer. One kilometer after another, the same psycho game of your mind. You are running with the same people, constantly exchanging the order. They are with you on the same boat, they also found out how easy it is to walk and how difficult it is to run. Except the collapsed person at 38 kilometer, that one just stopped working properly. No sound, no picture, just lying at the street.

Somewhere at the 36 kilometer, a chubby woman is screaming, “go go go”. She did not mean it bad however you hate her – she is on her foot and cheering while you are running (ok, trying to run at this stage). Another runner comments this: “not even the go is helping anymore”. At the 37 kilometer, a musician is trying to play his guitar and he is doing that in the same false way as he did the lap before. You hate Lou Reed for composing Perfect day. That idiot has apparently never tried a marathon.

Suddenly, somewhere between the 36 and 38 kilometer you are up to a small chat with other gladiators. On the left, a small bald Italian looking like he dies every second, cannot speak a word English. On the right, an Austrian in his mid-age and before the final kilometers of his 28 marathon. O-h m-y G-o-d!!! 39 kilometer is here and it is a successful one – you are overtaking a fat young man (respect for his performance!). Finally, the finish line! Now you want to spend it all, all your remaining energy. Your excitement stops after few meters with the first cramp. You are lucky that it came only in the finish line – that is something! Now you are ready to finish your first marathon, even if you would need to crawl beyond the finish line. After 4 hours and 17 minutes after the start signal, after 54 songs in your ipod (you turned it off at the 35 kilometer, too noisy) and after a heroic performance, you are a marathon runner!!

Yes, the first one you will hardly forget… 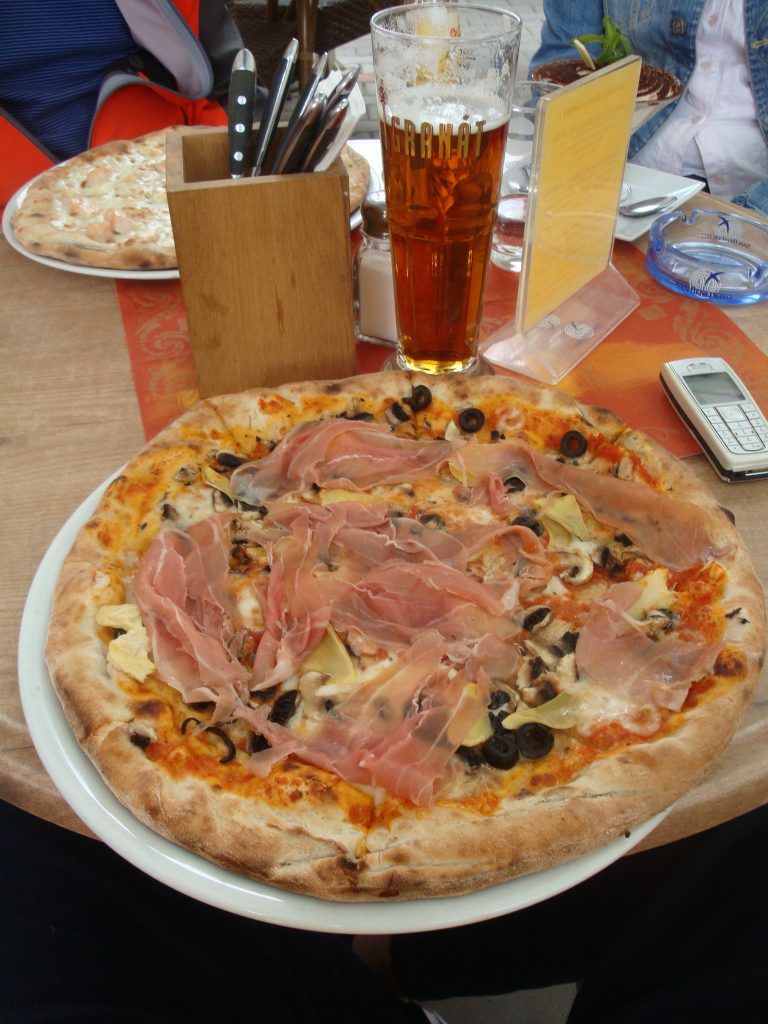 The first pizza after the race created a tradition 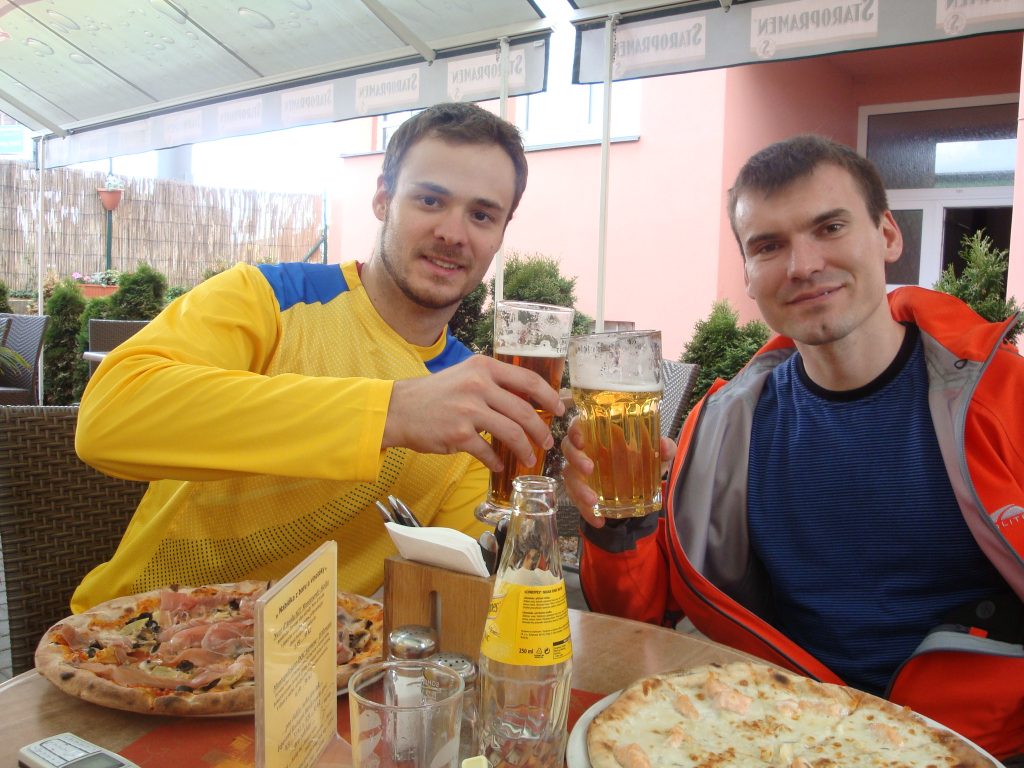 Janči, after the first marathon we suffered many more times together