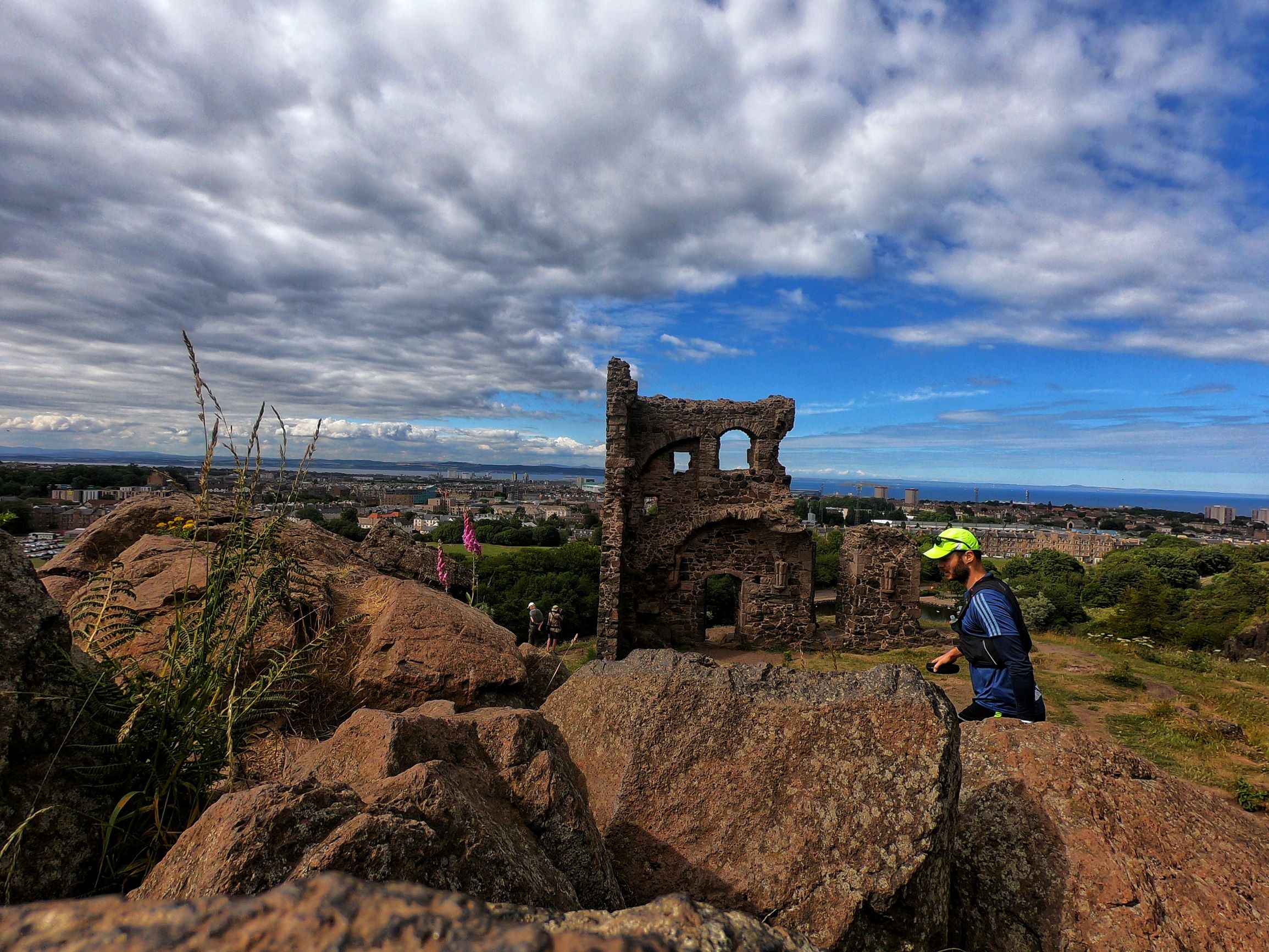 One of my running dreams it was always to run the hills of Scotland’s Highlands. The dream came true on the very first day of our 6-day trip in Scotland, right after the landing in Edinburgh. After arriving to our accommodation, the legs were asking for a small action, so we did, also to see the city from a different perspective – a runner’s perspective. Our accommodation was situated approximately 1 kilometer from the city center thus our first running steps were heading out of the center. We started along the road A900, which combines more streets and will direct you to the harbor and the sea. Passing after few meters the Pilrig St. Paul’s Church of Scotland, we arrived at the old army cemetery of the Commonwealth soldiers. Here you will find also the grave of the well-known Scottish minister, soldier and writer John Home. 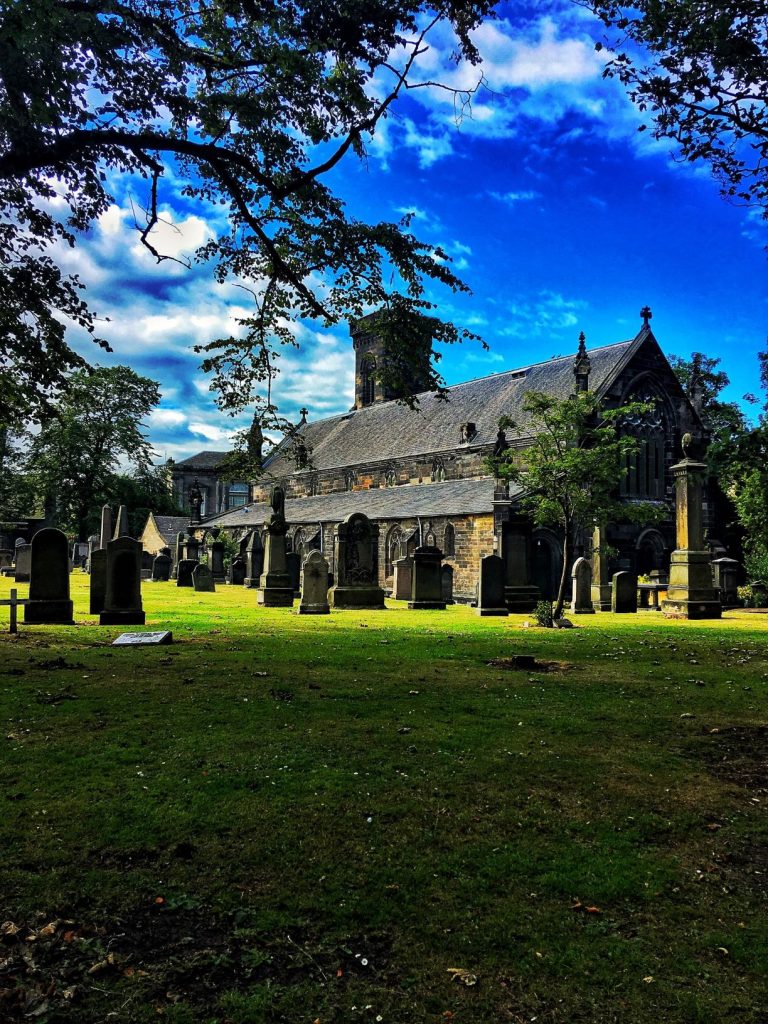 Old cemetery of the Commonwealth soldiers 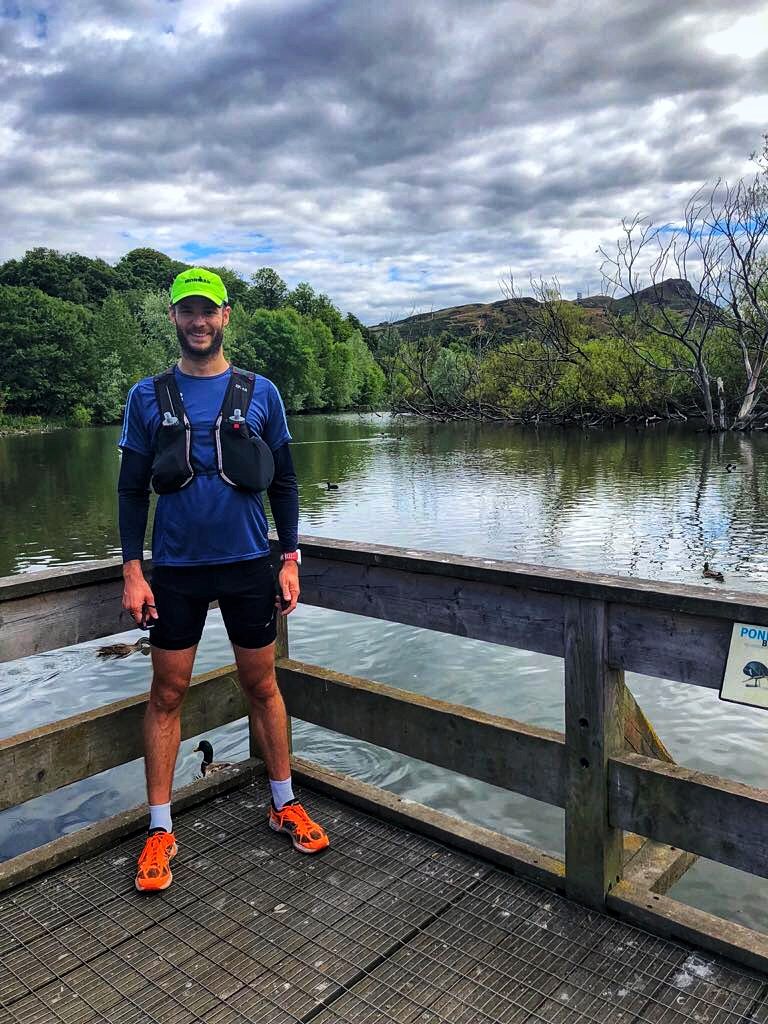 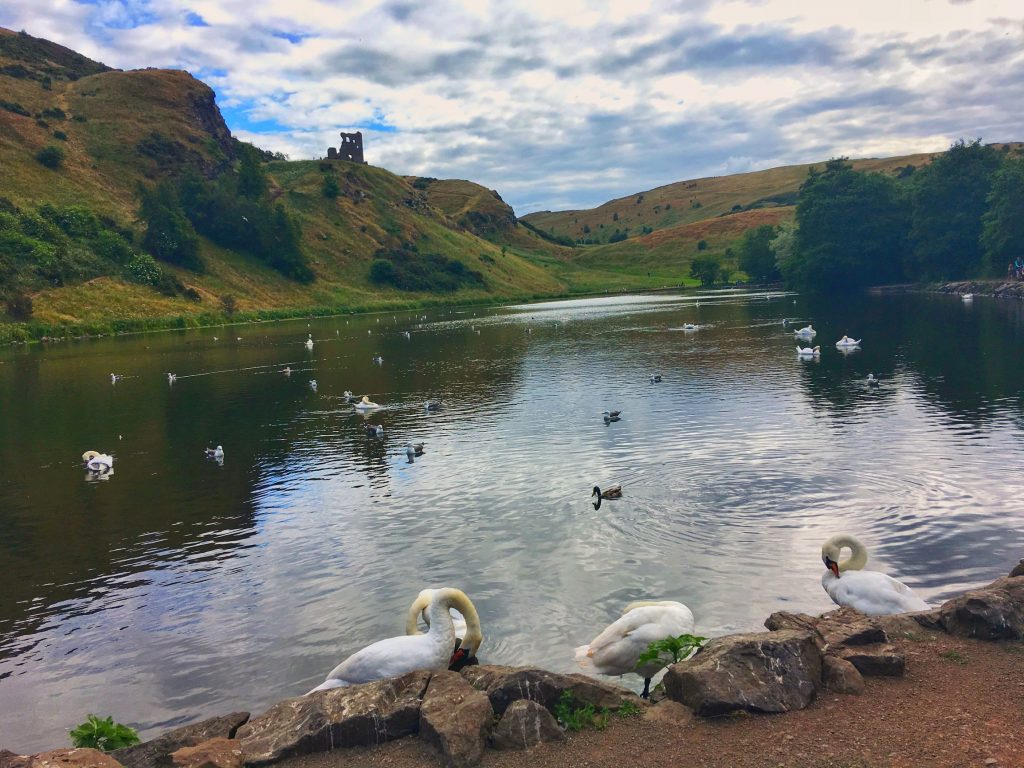 Continuing on the main road, very soon we hit the sea, unfortunately from the industrial part where there wasn’t much to see. We turned, the offline maps were promising some greens and parks very close. Running through one of the typical Scottish (or British?) street we came to the Leith Links park, where few Scotsmen were enjoying a lazy sunbath – 20 Degrees was supposed to be the summer peak. We continued and arrived at the Lochend Park, where you will find not only the picturesque lake with the wide range of waterfowl but also the remnants of the Lochend Castle. And also, mothers walking with their kids – we couldn’t miss the Polish language they were speaking. Poles stay the biggest migrant group in Scotland, according to the 2015 estimation it was 86.000 of them living in the whole country. Indians and Irish, both on the second rank, far behind with their 16.000 each. 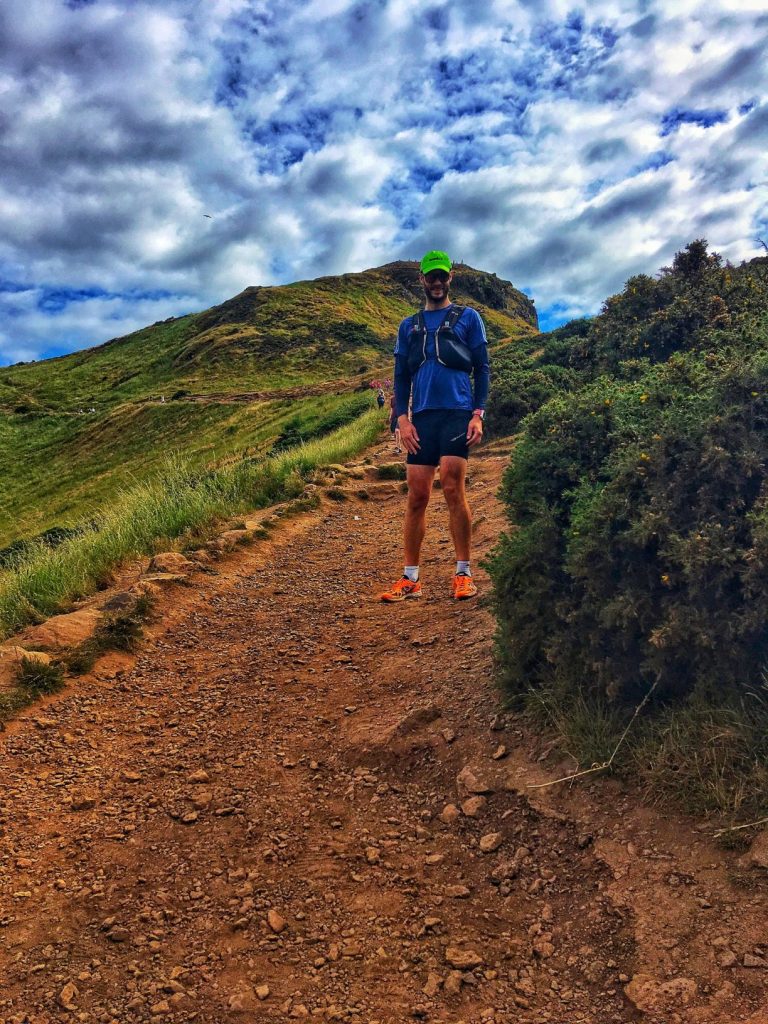 Running up the Arthur’s Seat… 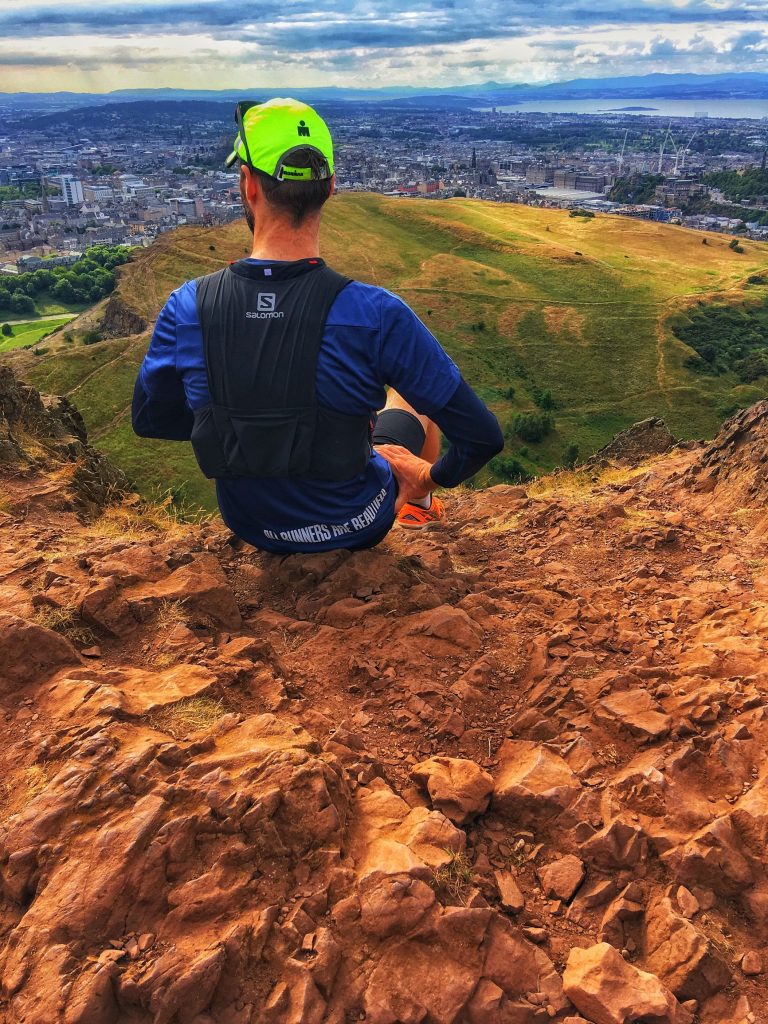 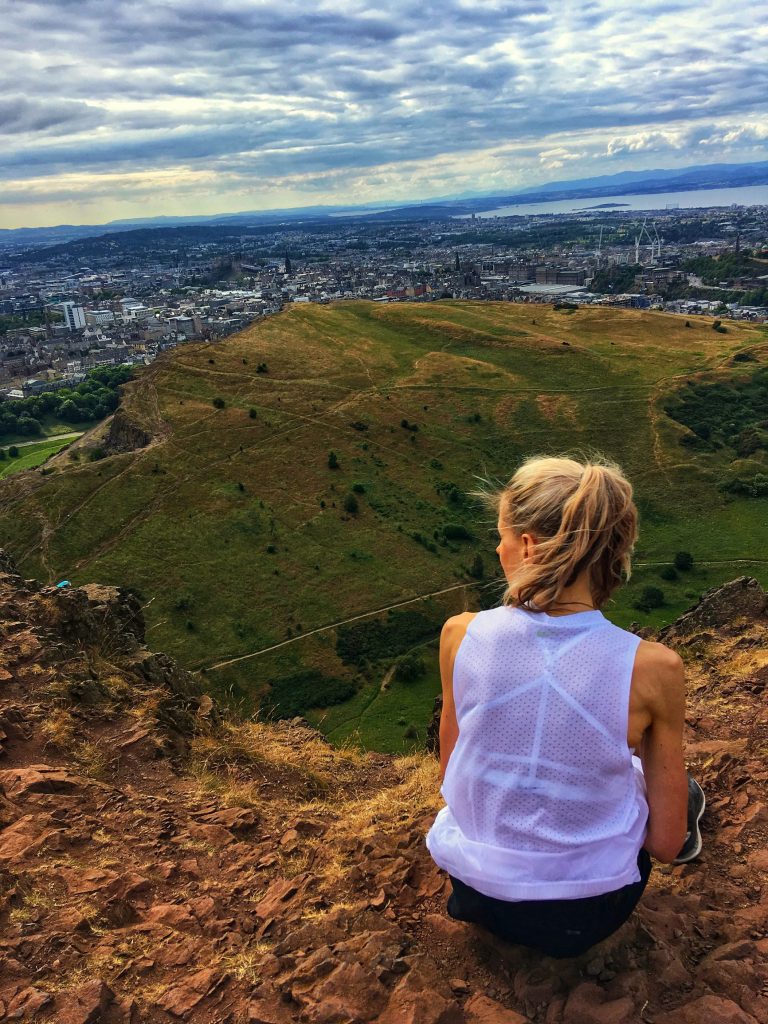 The highlight of our run was about to come: Holyrood Park with the main peak of Edinburgh, Arthur’s Seat. Something you should not miss. Beautiful nature complex with lots of green, hills, old ruins or a romantic lake. I decided that I will run up to the peak – I started at the Saint Anthony’s Chapel, which has been built in the early 15th century. The peak of the seat is in the height of 250,5 m, I managed to run the running distance of 800 meters in something below 6 minutes. Ok, won’t lie, I also did three breaks few seconds each. My award for the sweat was a beautiful city view. As always, down the hill it was much faster. Few more kilometers and the well-deserved shower was there!

Running through Edinburgh took us almost 3 hours (net running time 58 minutes), during which we saw a lot of interesting attractions of this amazing city. Without the stress of being pressed by a crowd of other tourists. Running does make sense, should you plan to visit Edinburgh, don’t forget to take your running shoes with you.