Help for Missionaries of the Poor 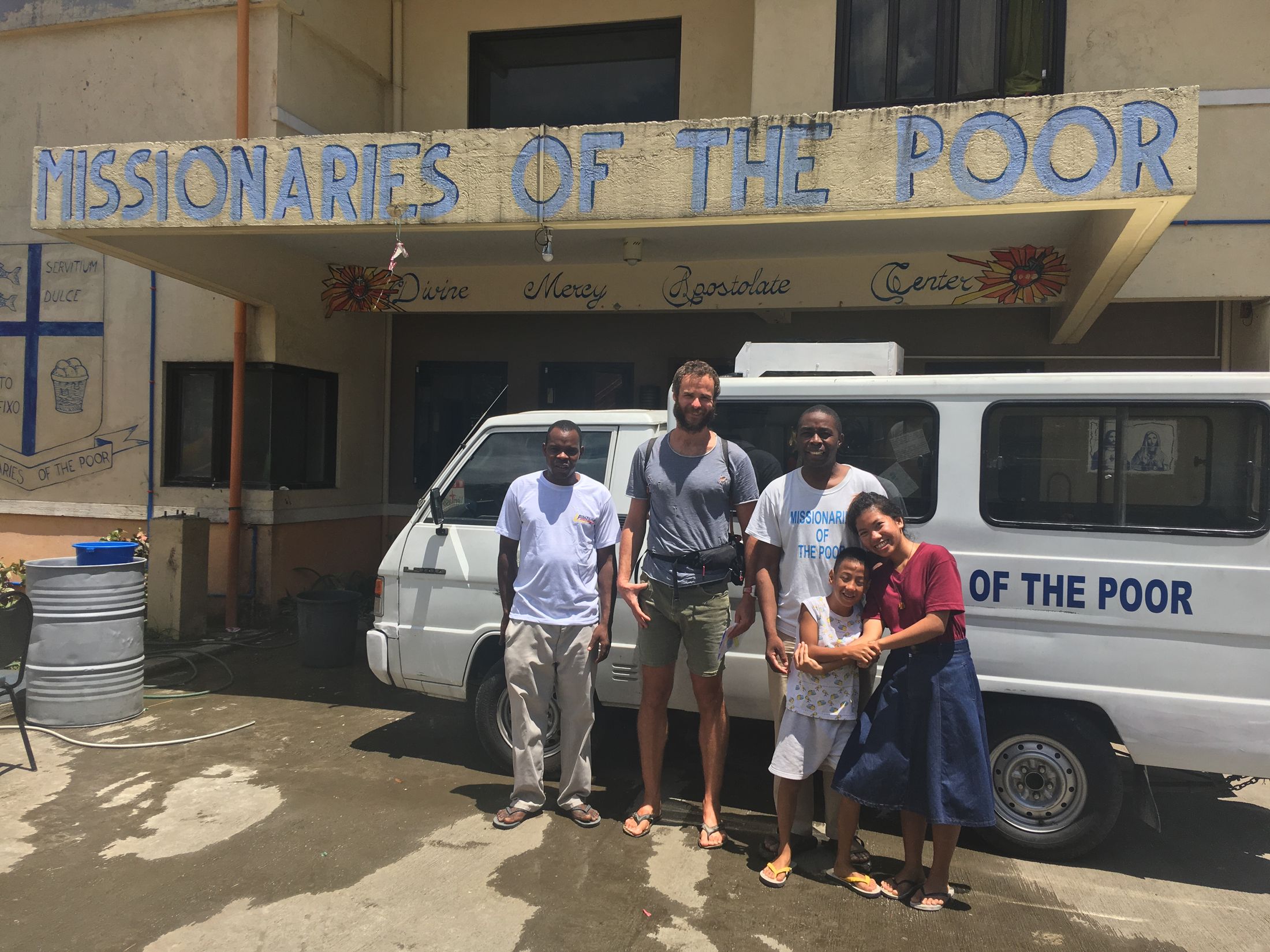 Are you aware, that most of our time we dedicate to absurdities? Every day. We are very lucky and instead of being happy for what we have, we complain and are annoyed about things which are not important at all. On the 10 April 2019 I visited in Manila/Philippines a catholic church mission Missionaries of the Poor, which helps in one of city’s poor neighborhoods to the poorest of the poor. In a 3-floor building (on two working floors) it is being taken care of abandoned and sick elderly men and (mainly) mentally disabled children. I found about the mission from someone I know, as I did with all the projects, I supported so far during my world running tour.

Together with my friend Markéta we are sitting in a taxi, which is heading after one hour’s drive in the capital of Philippines to one of its poor areas. We get out and hear from every corner screams like „hey, brother“, „ma’m, ma’m” or „hey man, how are you doin’“. We end up in an area, which you would not want to visit after sunset, especially when you are a tourist. Few locals who can guess why we came, are directing us to a large fence with a board with mission’s name on it. Behind it, a large yard with our target, mission’s building. We enter and after few curious looks and instructions we meet brother Anthony, a tall and smiley missionary from Uganda I was in touch with over e-mails. We found our sit in their office and Anthony, together with the volunteer Mary Joy („MJ“) start explaining the mission’s story. 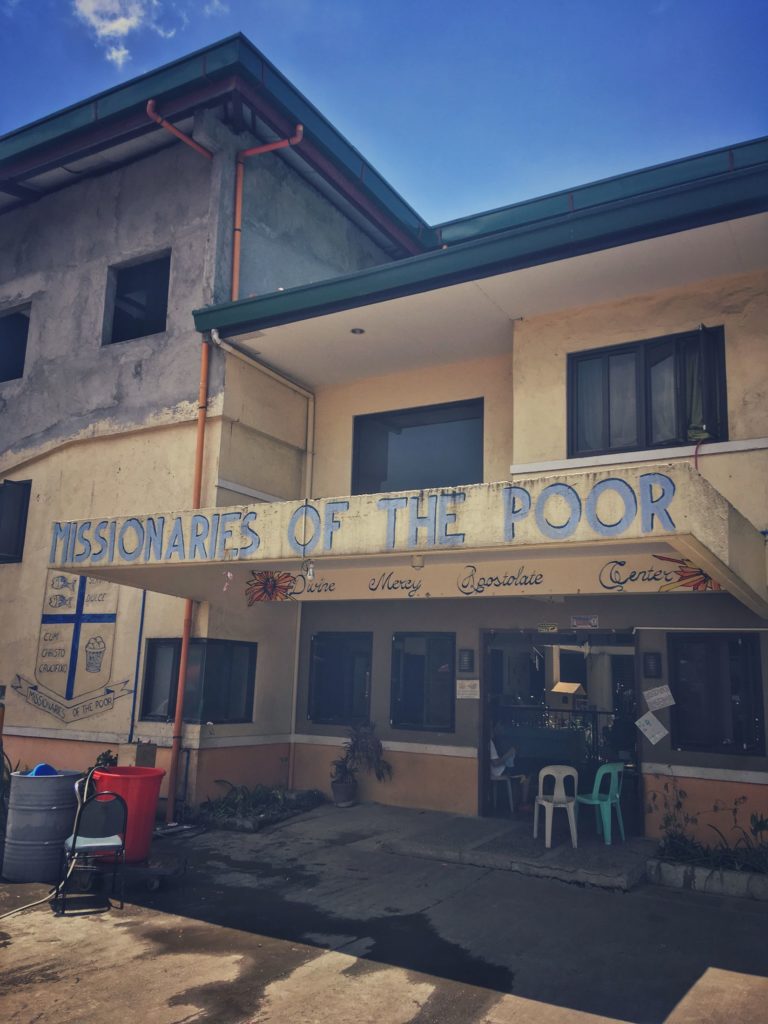 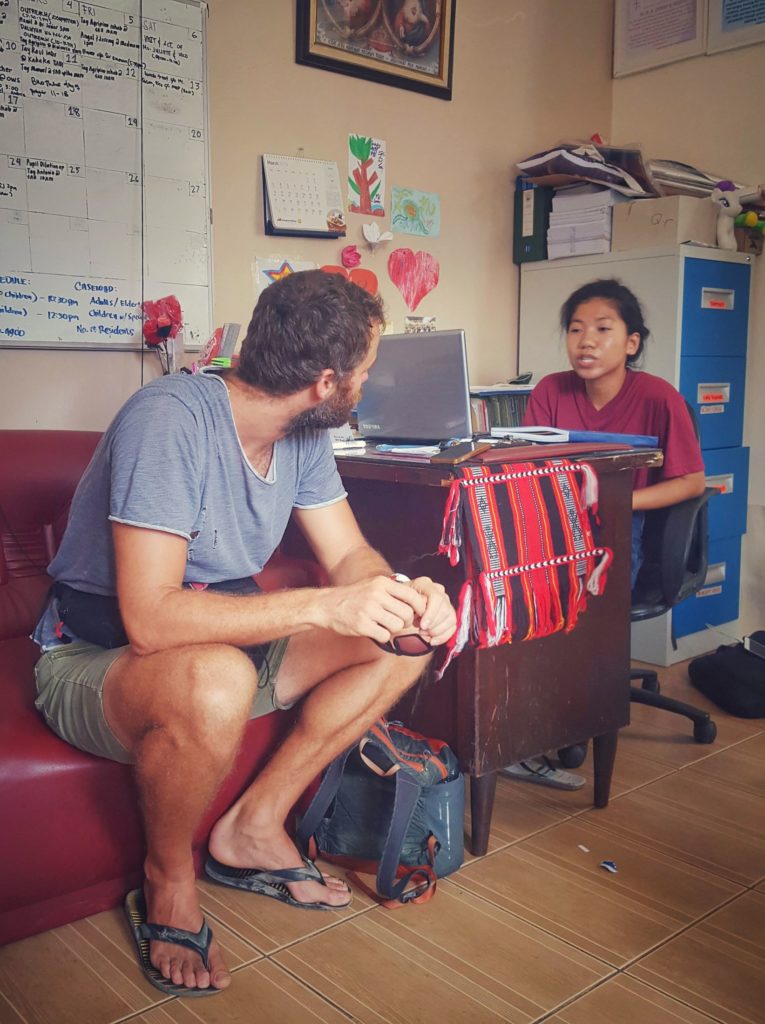 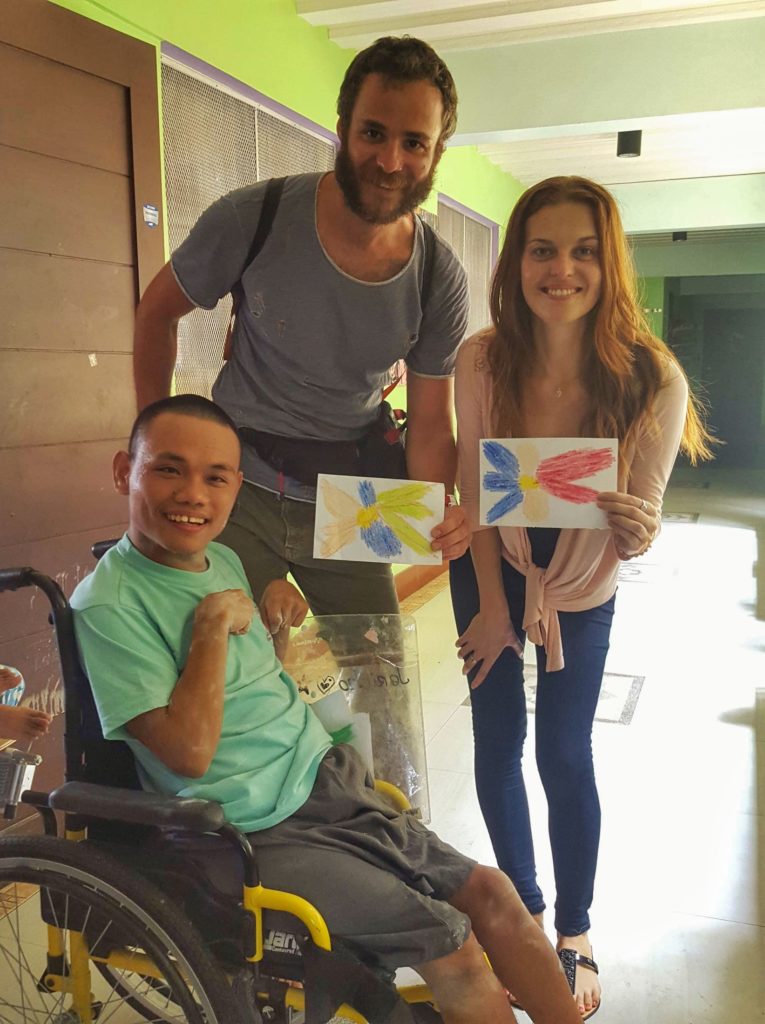 Missionaries of the Poor have been founded in Jamaica in 1981 by the pastor of St. Thomas Aquinas Church, father Richard Ho Lung. Father Ho Lung encountered a fundamental problem: the absence or lack of family life and a sense of community among the poor and disadvantaged. To build and support these has become one of the major goals of the brotherhood. The mission in Manila is one of twelve missions in the world. The main mission and office is in Jamaica, the other are in Haiti, India (both countries have two missions), Kenya, Philippines (three in total), Uganda, Indonesia and East Timur. All together occupied by approximately 550 brothers. A new mission is being prepared in Trinidad and Tobago.

The mission in Manila started in 2011. More than 20 volunteers (social workers, nurses, teachers etc.) and few brothers are being kept busy here. Anthony is the mission’s superior; he’s been with the brothers since 2001 and before Philippines he was posted in Jamaica and Haiti. His second year in Manila is almost over. He will stay until the church will send him to some other place. „MJ“ works at the mission as a social worker, which wouldn’t be possible in any of the charity organizations in Philippines without a 4-years social work course. Teachers or nurses have to undergo a similar education program too. „MJ“ didn’t chose to be posted specifically to the Missionaries at the Poor, it was her volunteering program which assigned her to the mission.

The mission today takes care about 18 children and 21 elderly man. Among the kids, 5 are girls and only 2 can move around without someone’s help. Most of them are disabled mentally, few of them physically. They usually get into the mission after someone’s recommendation, mostly from a hospital, where they have been brought to directly from the street. Some of them are accepted directly from streets, some from a similar orphanage with different rules – for ex. from an orphanage for kids until 3 years, once they reach this age, they must be moved out. Our mission takes care mainly of kids until 8 years old, but in reality they don’t differentiate, since there are no orphanages for middle age youth kids in Philippines. We meet for ex. a disabled boy, who is 26, but his mental age is reaching the age of a kid of few years.

Every day between 9 and 11 AM and between 2 and 4 PM the kids attend a class at the special class room on the second floor. They for example learn drawing and we have received a gift too – pictures they made. In addition, twice a week they travel to a special facility where they undergo a special therapy, the conditions at the mission are not allowing it happening there. Since the mission is one of the catholic ones, its inhabitant also attend spiritual activities. Every Sunday there is a mass and every day the kids pray, which they can manage today already independently without the brothers.

Most of the 21 elderly man were found on the street. They were living under the bridges, at places with horrible life conditions, abandoned by their families and physically and mentally neglected. Some of them don’t remember their family anymore, their life was often saved by the social workers in terrain or at the hospital, which recommended them to the mission. Some are not able to move anymore, some are recovering after a recent stroke. They have nowhere to go and they are no table to work anymore, they are fully dependent on the help of others. We see people blind, inert and a man, who can talk basic English and who produces decoration tidies and doormats. We talk and he is smiling.

The activities of the mission are not limited to its inhabitants only. The mission also supports regularly the citizens of the poor neighborhood. Every Saturday and Sunday the brothers are distributing food to hundreds of the kids living in the streets, families in need receive packages with basic daily-life things. Although the Filipino government doesn’t support charities like our mission financially, it is able to provide different benefits and programs, which the mission can apply for (for ex. a free of charge medical examination for elderly men in the hospital). The mission would not be able to continue its work without the help of the private sector. Someone donates financially, someone brings used clothes, someone buys food. Big part of the help comes from abroad, internships and volunteering placements are also common. 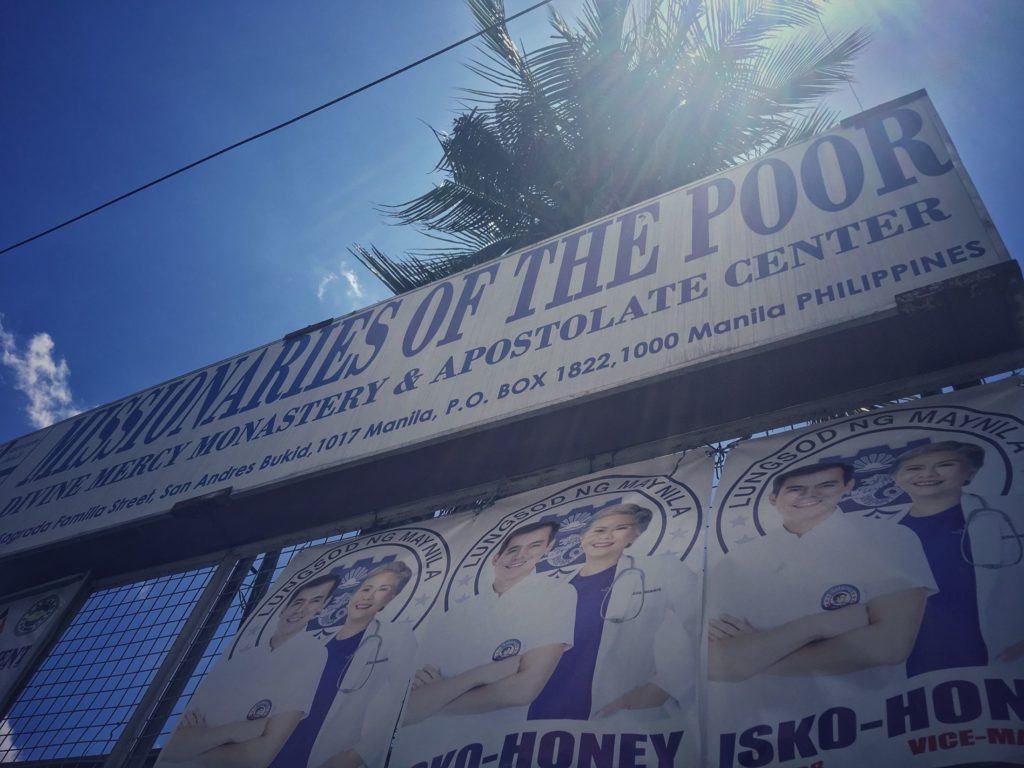 Humbleness and love you can feel from people, who every day help to those, who have been abandoned by their own families or who stayed alone in this world. These people, who dedicated their lives into helping others, are the real heroes of this world. Their help is unselfish and from the deep of their hearts. It wasn’t an easy visit, in moments like this you realize, how lucky you are and what you really have.

Should you want to join and help the poorest from the poor, there are two options how to do it:

2.) as always, you can send your donation to one of my bank accounts in Czech Republic or Slovakia, this way your donation will reach directly the mission in Manila:

For every even a little help I THANK you from my heart! Every help counts, every help can change the world.